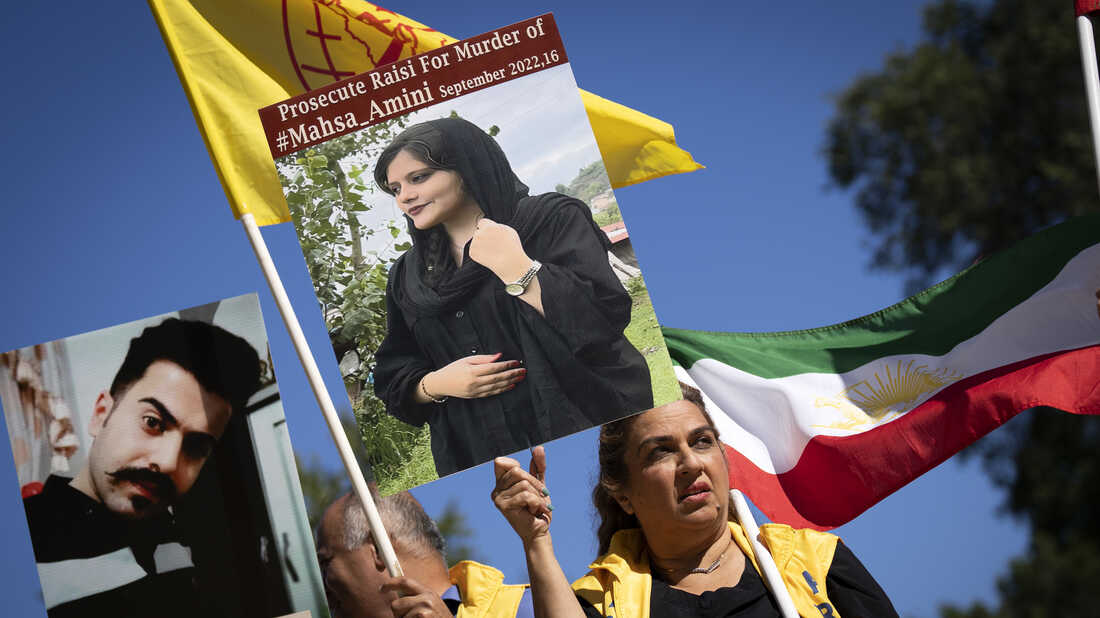 There have been protests in more than 150 cities on Saturday in support of Iranian women who have proudly burned the hijabs they have been forced to wear .

According to the organisation Iran Human Rights, at least 92 people have died as a result of Iran’s crackdown on protests organised by women that were started as a result of Mahsa Amini’s death following her imprisonment by the renowned morality police.

According to the Oslo-based IHR, which cited local sources, an additional 41 people died in clashes on Friday in the far southeast of Iran, which borders Afghanistan and Pakistan. The protests were sparked by allegations that a local police chief had sexually assaulted a teenage Baluch minority girl, the organisation said.

More than 150 cities organised demonstrations on Saturday in support of Iranian women, who have defiantly burned the hijabs they have been required to wear since the Islamic Revolution of 1979.

After starting in the western regions where Amini was from, which are home to Iran’s Kurdish minority, clashes between Iranian demonstrators and security forces have rocked towns across the country for 16 nights in a row.

According to the newspaper, whose director is chosen by Iran’s supreme leader Ayatollah Ali Khamenei, “rioters” and “thugs,” some of whom were throwing Molotov cocktails, attacked the Kayhan offices in Tehran on Saturday. Kayhan is the country’s premier ultraconservative daily.

Mahmood Amiry-Moghaddam, director of IHR, pleaded on the international community to take swift action against the Islamic Republic to put an end to the murder of Iranian protesters, calling such acts “crimes against humanity.”

According to IHR, which has been trying to determine the death toll despite internet outages and restrictions on WhatsApp, Instagram, and other Internet services, at least 92 protesters have been killed so far in the Mahsa Amini protests.

Tehran said that five members of the Revolutionary Guards were killed in battles on Friday in Zahedan, the capital of the Sistan-Baluchestan province, as the city also battled unrest in the country’s southeast.

Conflicts between Sunni Muslim extremist groups, drug trafficking gangs, and rebels from the Baluchi minority have frequently taken place in this impoverished area.

However, a Sunni Muslim preacher named Molavi Abdol Hamid said in a post on his website on Wednesday that the community was “inflamed” following the alleged rape of a teenage girl by a police officer in the region.

In response to allegations that a police chief in the province’s port city of Chabahar had sexually assaulted a 15-year-old member of the Sunni Baluch minority, IHR charged the security forces of the primarily Shiite nation with “bloodily repressing” the Zahedan protest, which broke out after Friday prayers.

Iran has charged foreign parties with inciting the rallies around the country, particularly its archenemy the United States and its Western allies. Nine foreign individuals, including those from France, Germany, Italy, the Netherlands, and Poland, as well as 256 members of proscribed opposition organisations were detained “at or behind the site of rioting,” according to a statement from Iran’s intelligence ministry on Friday.

In order to lift sanctions that have stifled its oil-rich economy and caused South Korea, China, and Japan to freeze billions of dollars in Iranian funds, Iran is trying to resurrect its 2015 nuclear agreement with the United States and other major nations. This is the context of the turmoil.

Since then-US president Donald Trump withdrew from it in 2018 and Iran later reneged on its own pledges, the historic Vienna deal, which had promised sanctions relief in exchange for rigorous nuclear safeguards, is in ruins.

The United Nations announced on Saturday that Iran had made a rare concession by releasing his son Siamak Namazi, 50, from custody and allowing a jailed Iranian-American, Baquer Namazi, 85, to leave the country.

The United Nations announced on Saturday that Iran had made a rare concession by releasing his son Siamak Namazi, 50, from custody and allowing a jailed Iranian-American, Baquer Namazi, 85, to leave the country.

Former UNICEF employee Baquer Namazi was imprisoned in February 2016 after travelling to Iran to demand the release of Siamak, who had been detained in October of the previous year.

In October 2016, both were found guilty of espionage and given 10-year prison terms.

On Sunday, Iranian state media said that following the release of the prisoners, Iran was now anticipating the unfreezing of around $7 billion in foreign assets.