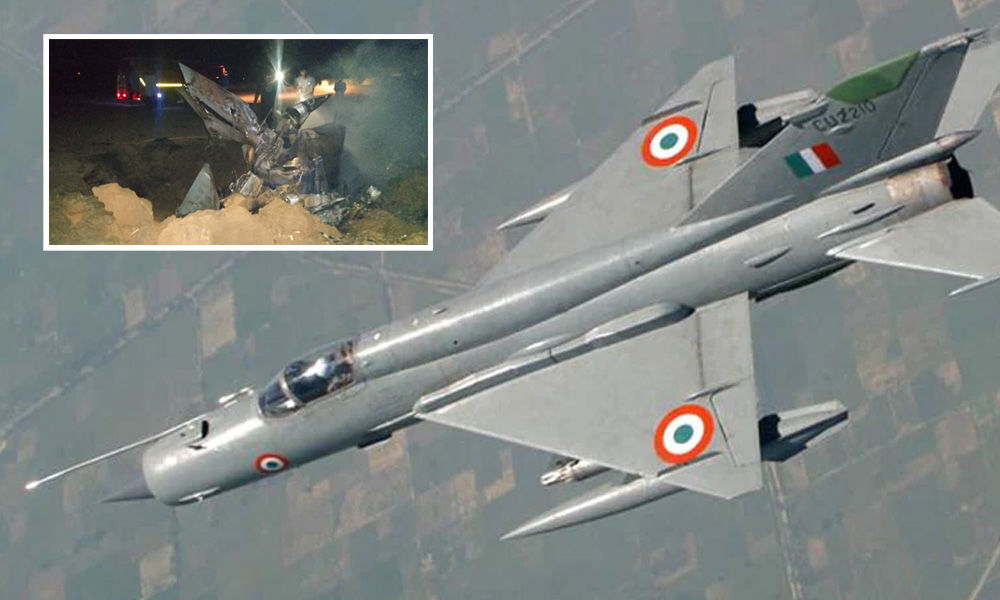 New Delhi: Two pilots of the Indian Air Force (IAF) died on Thursday night after the twin seater Mig-21 trainer plane crashed during the course of training close to Barmer within Rajasthan. The IAF claimed the aircraft was on a mission from the Utarlai air base. The incident occurred at about 9:10 pm , in which two pilots lost their lives. The incident once again brought attention to the IAF’s fleet of Soviet-built Mig-21 aircraft, which have been involved in more than 200 incidents since their initial introduction in the 1960s.

“A twin-seater Mig-21 trainer aircraft from the IAF was in the air to conduct a flight training at Utarlai airport in Rajasthan in the evening,” the IAF said in an announcement. “Around 9:10pm the aircraft was involved in an accident in the vicinity of Barmer. The pilots suffered fatal injuries. Both pilots died. IAF is deeply saddened by the loss and stands with grieving families,” it said.

The IAF announced that a Court of inquiry was ordered to determine the cause of the crash. Defense Minister Rajnath Singh spoke to Air Chief Marshal V R Chaudhari following the crash. In an Instagram post, Singh expressed his anguish over the loss of two pilots. “Deeply grieving over the loss of 2 Air Warriors due to an accident involving the the IAF’s Mig-21 trainer aircraft in the vicinity of Barmer located in Rajasthan,” Singh said. “Their sacrifice to our nation will not be forgotten. my thoughts and prayers are with the grieving families during this time of grief,” he said.

The IAF has yet to put their names on the pair of pilots. The MiG-21s were the primary aircraft for the IAF for a considerable amount of time. But, the MiG-21 has a poor safety track record. In March Secretary of State for Defence Ajay Bhat told the Rajya Sabha that 42 defence personnel died during accidents involving aircrafts and helicopters of three service in the last five years. There were a total of air crashes during the last 5 years was around 45, out of which 29 involved IAF’s platforms.