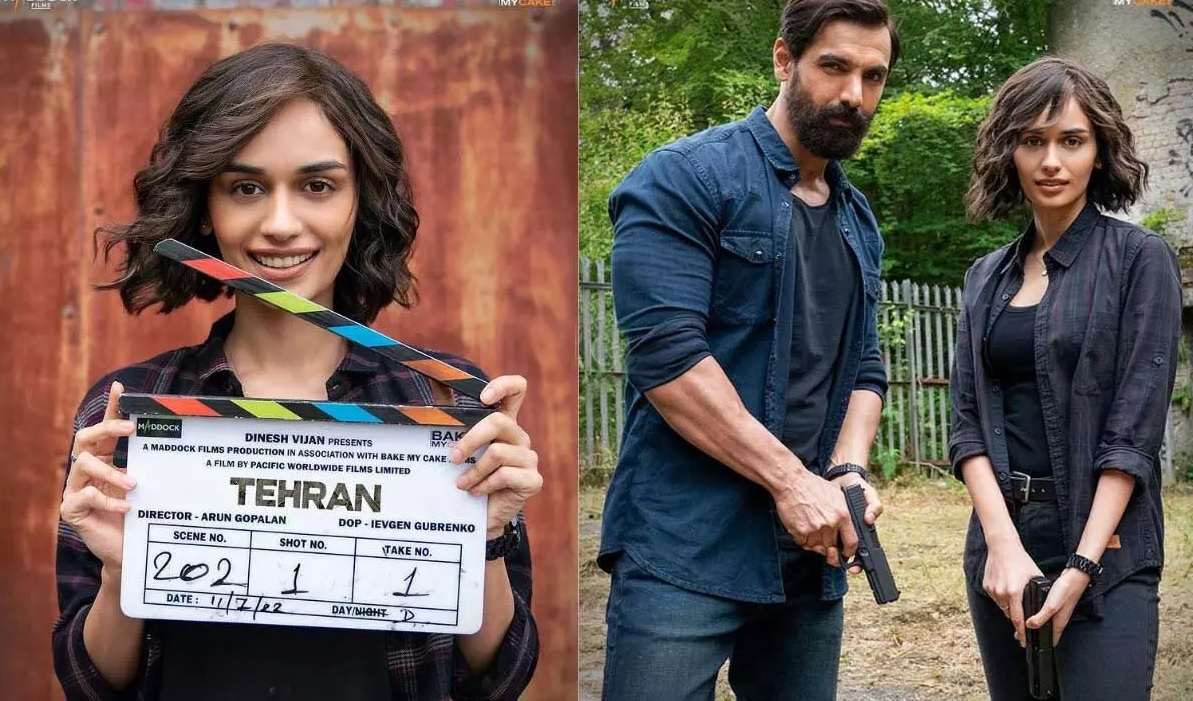 After making her debut as princess on Samrat Prithviraj, Manushi Chhillar is ready to smack the punches as well as kicks at Tehran. Former Miss World will play the female lead with John Abraham in the Dinesh Vijan-directed film.

The crew of the film released photos of Manushi on film’s set, showing her “action hero” avatar. In the photos Manushi is sporting short hair and wears an outfit that she paired to a tank and a fitted pair of pants. She also held the gun when she poses for cameras alongside John Abraham.

The announcement was shared on Instagram Manushi Chhillar shared, “Super excited to join the only @thejohnabraham in the #Tehran. This trip is going be truly memorable! .”